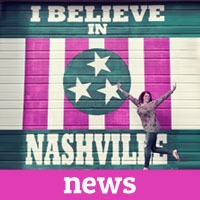 Maren Morris remains at #1 and breaks a record...
Luke Combs goes vegan, for a bit...

Maren Morris is at #1 for the second week with her song “The Bones.” This is the first time a solo female artist has had a multi- week number-one since 2012 when Carrie Underwood held the top spot with “Blown Away.”

Maren said on Instagram, “If I can be honest, I really thought the only way this could ever happen was if I was the feature artist on a guy's song. Sitting here seeing my name at the top of a chart at all is rare, but to break this 8 year streak just feels so unbelievable. Thank you.”

Luke Combs lost a football bet to his keyboard player when his Carolina Panthers lost to the Atlanta Falcons last season. If they lost, which they did, he'd have to go vegan for three months. So, that's no cheese, no milk, no butter, no meat for Luke and he still has about 75 days to go.
Luke says he'll persevere, but when it's all over, he's having a big ol' deer steak.
Don't forget he will be at The Country Fest in June and tickets are on sale now!