WYNN - My Mom Was Pretty Cool 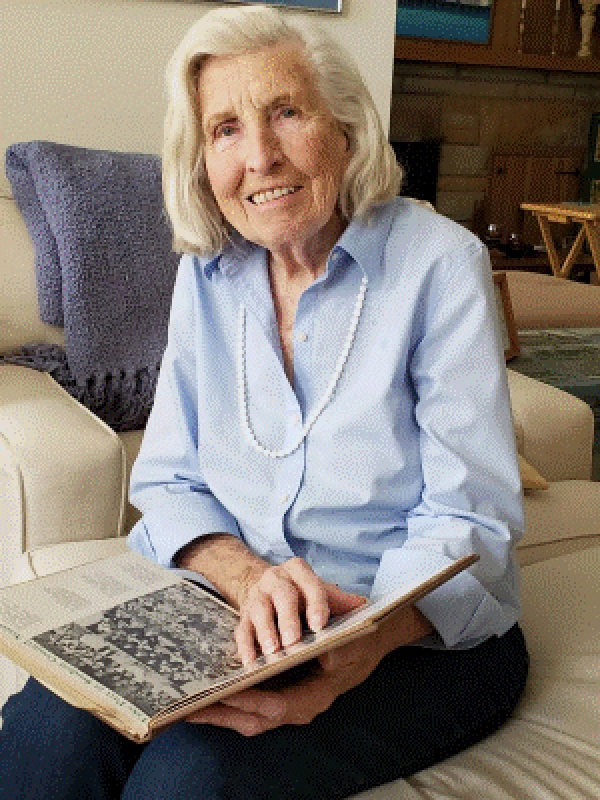 I want to share this with you as many have reached out and sent very kind words to me the past couple of weeks...

My mom Barbara passed away September 25 at about 1045 AM.  She was one week short of being 94, so I'll give her that, she was 94.  She led a very interesting life in many regards and a very regular one in others.  But what is undeniable, is she lived through interesting times.  She lived an enviable 91 years of almost perfect health. We should all be so lucky and we are all thankful for that.

She was born the year Charles Lindbergh flew across the Atlantic Ocean solo, and died the year billionaires are going into space as a hobby.  She lived through the Depression, WWII, Korean War, Vietnam, Kennedy, Watergate, Y2K, computers, and smart phones. She was 19 the last time the Indians won the World Series, 37 when the Browns last won a title, and 87 when the Cav's won their first championship.  She traveled overseas, and saw the entirety of our country, but lived in the same state her whole life.  She went to Lakewood High School, Ohio Wesleyan, and ended up working for Marietta College right out of college. 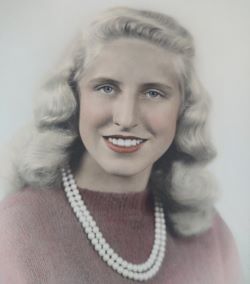 Think about this, in 1950, she drove around rural Ohio alone on dusty roads visiting people's homes trying to recruit young women to go to college at Marietta, her first job.  Pretty gutsy in 1950.  (BTW she drove a car till she was 90).  She was dedicated to higher education and was around it her entire life.  She eventually taught at Tri-C, and then 30 years at Baldwin-Wallace where she taught speech until she retired at 73.  She additionally taught night and weekend college for decades and was hired by many big Cleveland companies to teach their CEO's how to communicate with other CEO's and employees.

She was an actor for many years, well known in Cleveland starring in musicals and plays. She was dedicated to the theater as well. The arts, that's where she lived.  She took an acting job downtown Cleveland one fall for a month, and used the money to buy us our first color TV when we were kids.  She taught students how to sing at our house in the summer.  She taught people how to act, and not be afraid of the stage.  Plus, the smash Broadway musical Godspell, some of it was written under the cherry tree in her side yard in Berea by one of her students named John Micheal Tebelek a Berea High grad and a B-W grad. He wrote it for his thesis at Carnegie Melon, but he spent much time here locally.  There were always theater people at the house when I was young.  In the summer, about every day - and night.

She was an artist, and her painting of furniture and wall paintings will live on forever as she was very generous with her incredible work. Many people have her work in their houses and some businesses in the area. She taught people how to paint as she was blessed with insane talent.  She always downplayed her talent, but she was great at it. We recently found a painting she did for her college senior project that hung in the Cleveland Museum Of Art (certified) in 1950.  It had been in her dark basement for about 50 years, and she never said a word about it.  In fairness, she was great at a lot of things that most of us are not. 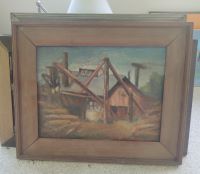 In My Home Office This Ships Box

She married my dad Robert in 1952 after 4 months of dating. Their first date was golf, after meeting at the Jack And Jill Dude Ranch in Michigan (It's still there). They were married until 1978 when my dad passed away of cancer at 53, she was 50, I was 16. She never remarried as she said my dad was a "tough act to follow."   My dad told her she would probably have to sell the house after he died, but she never did. In fact, she lived there until May of this year. They bought it in 1959 and wondered how they could afford a $147 a month mortgage for the old house on 3 acres.

She eventually designed and built three large additions on that house after she was 70, as we learned very late in her life, she really wanted to be an architect. A closed in porch, an art studio, and a second suite she called a library, but later became her living area. The original house was built in 1853. (that's right) and she loved that place. We kept her in there as long as we could, where she lived in, and beautifully maintained the old farmhouse alone for 43 years, truly an incredible feat.

When She Married My Dad 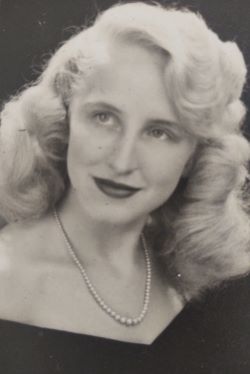 The Train Station Box  In Our Living Room Now

Actor, artist, educator. That is what she was. And sadly the last few months she couldn't remember that she did any of it, or where she did it. I'm not sure she remembered me, Windy, or my siblings at the end. But that really doesn't make any difference today.  She left herself behind in her art, and in the minds of thousands of students and professionals with important skills that have benefited them their whole life.  You see, people like her are always looking forward to the next generation of educators and we need people like that.

She could be difficult, opinionated, stubborn and she wasn't perfect by any means. Who among us is? But with all she did  - and all she saw -  she was pretty cool.

She was about 90 at a Tribe game with my sister in-law Erin.  So glad they went that day! 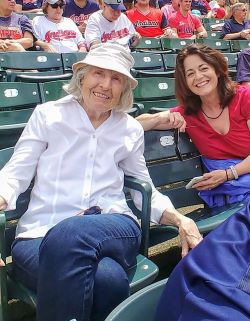 More in this category: « WYNN - There's A Way To Do Everything I Guess WYNN - COUNTRY MUSIC MEMORY LANE - 1986 »
back to top