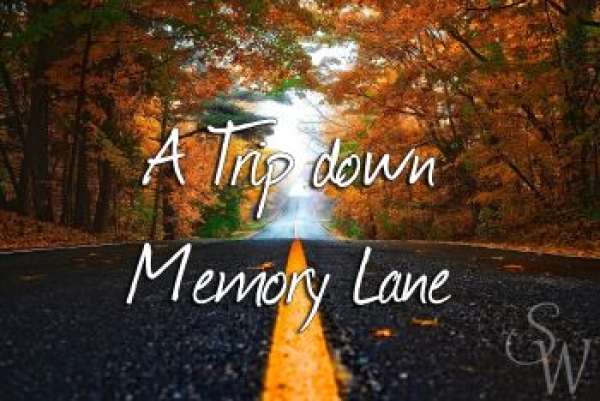 This is Women's History Month and I am featuring great country women this month.  This week I have my Mega Star Series too, and from Canada, Eileen Regina Edwards  or, Shania Twain was a logical choice for both.  There was a time she was as big as any singing star on earth.  I played all her music on the air for many years and was glad to do so, and still do.

Shania is easy to write about because she was right out there for everyone to see.  She carved out a perfect niche that separated her from the pack in virtually every regard.  Much of it because of very savvy decisions, some of it was the 1990's itself, the sudden advent of country music videos, surrounding yourself with good people, and as always being in the right place at the right time.  And maybe the number one trait that any good singer can have.  When Shania was singing on the radio, there was no doubt that was her.  She cut through as much as anyone can, does, or did. I remember the first time I played her first single, I KNEW there was something really different here.

This Song Sprung Her To Superstardom  #1

In an era where we were blessed with many incredible country vocalists, it was tough to really get noticed. Shania took a very different route.  She didn't join them, she went around them understanding that her song choices were spot on and completely different than everyone else at the time. She is the best example I can think of where the songs were the real difference.  Not only was her voice distinctive, but so were her hit songs, her arrangements and overall sound.  There were great songs by other big artists both men, bands, and women on the charts, and then there were "Shania Songs."  Shania didn't try to out-sing anyone, or reach for some soaring vocal high note, what she did though was find a unique musical island -  that only she was on.  She invented a new sound.

One Of My Favorites From Her

I felt the absolute strength of her songs and the key to her success was this.  Her camp understood that fans wanted someone to "like" and grab on to. Her songs were fun, positive, relatable and made you feel good, happy.  Many times in country we take ourselves way too seriously with our music cycles.  Shania was the other end.  Even on songs like Any Man Of Mine, where she was seemingly "laying down the law,"  for her rules of a relationship, there was a tongue-in-cheek and smile feel to it where it wasn't mean spirited bossy or offensive. That was the underlying tone for many of her biggest songs.

The subject matter of virtually her entire library was accepted as upbeat and positive.  I feel that is a great path to follow, although right now we have a tendency to be less than that at times. And except in rare cases, that doesn't serve us well. Shania understood that recording songs that alienated half of the audience was not a very good idea for big success. Her way really worked as she sold about 80 million albums world wide, won 5 Grammy's, and is the top selling woman in country music history.  She made around 40 videos, and the sheer amount of awards she won between the USA, Canada and the rest of the World is simply staggering.

This Became An Anthem!

Shania broke through in 1995 and it didn't take long to climb to the top as it happened about as fast as it can for any artist in any genre.  She had been in Nashville for a few years, with not much success. Then she met Mutt Lange who had been a rock music producer for many years (Def Leppard  AC/DC and others including Michael Stanley) and he loved one of her early albums.  Then offered to write and work on her next album.  I'm sure you know she said yes, and of course they got married soon after.  The first album they did was The Woman In Me, and it was a huge success, selling about 12 million and had 8 songs released as singles. She had a new and distinctive sound that jumped out of the radio and was coming from a different place. It turned out to be gold.

Her videos in support of the album and all subsequent albums were immensely popular.  She found a real home in front of the camera and fans loved it. (look at some of these view numbers on some of these videos - huge!) . They always positioned her in the videos as someone you would like to know better and that was really smart. Her songs and videos weren't out to change the world, or make some gigantic statement, they were just fun to watch and were a big part of her success.  Many great decisions there.

Her Concerts Were Pretty Big Too

The Come On Over album in 1997 is stuff that legends are made of. It sold a ridiculous 40 million to date and it's currently tenth on the all-time list of the biggest selling albums ever.  It's in the same conversation as Thriller (1982), Back In Black (1980) ,Hotel California (1976), Rumours (1997), The Eagles Greatest Hits (1976) , and Saturday Night Fever  -Bee Gees (1977).  She just did it faster, on average about 20 years faster.  Simply incredible. And BTW, her first album Shania Twain, that got no play, or anything, fans circled back around and got it certified 2 million sold from 1993.

The Up Album - Two Versions, Country And Pop

Of course with Shania you can talk forever about numbers and number ones, chart success and sales, but it all blends together after a while. The plain and simple truth is she was a gigantic mega star.  Her music certainly is very different from Garth's, but her success was very similar.  She had amazing success on the pop charts too, has done Vegas residencies and has sung about everywhere you can. The really incredible thing too is, she did all of this with very few albums.  There were really five that pulled most of the freight for her.

She was at one time as big as stars could get.  Her music is still loved by her fans that grew up with her.  You talk about someone that brought us a ton of new fans!  She is country, she is pop culture, she is an icon for a generation.  Shania Twain is and was a mega star, and we were lucky to call her ours.

Others In The New Mega-Star Series