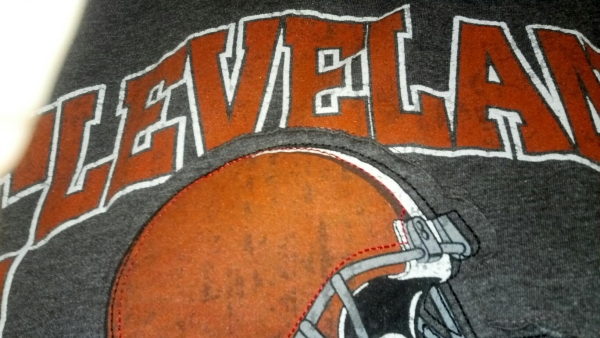 You saw the game Sunday like I did, and it looked like a lot of other Browns games this season.  I can't say it's disappointing. They are who they are. I am far more disappointed in the many decisions made in the off season and summer camp. Those are the ones that are here to roost.  Players too yes, but the organization has to shoulder a lot of the blame.

Sunday's Bills game was no surprise. The one very NICE surprise was they didn't totally give up and showed some rare heart near the end which has been lacking.  The score ended up as an eight point loss, but it wasn't really even close to that close, but they made it respectable for history's sake. The Browns are 3-7 and there is one more game until the new QB gets here and many are expecting big changes then.  Possible sure, but the current QB has played well, he's just limited by a skill set.  The new QB does have a much higher ceiling, but has not played in a NFL game in over 700 days.

Think about this, the Bills are a good team with a good QB (that we could have had easily a few years ago BTW).  But in the end we were manhandled by a team that lost two in a row, that did NOT practice at all last week and faced challenges that effected their entire lives outside of football.  They arrived in Detroit at 730pm Saturday night and teed it up with us at 1PM Sunday.  They held Nick Chubb at 19 yards rushing on 14 carries, while gashing our run defense for almost 200 yards of their own. Even though it was 8 points in the end, this was pretty embarrassing when you really think about it.

The issue Sunday was a team that is built properly played a team that was built arrogantly. To think that the Browns were only a high end QB away from being a Superbowl contender this year is and was preposterous.  But that was the Ivy League thinking from the people in charge.  They felt they were so close they mortgaged the future for an unavailable QB.  Now that is going to change,  but I feel their arrogance was also that he'd miss 4 games or so, and they were dead wrong.  Their arrogance also completely miscalculated the fan backlash against the trade and character of its centerpiece.  This is a working mans town, and this leadership has zero concept of that.  Fans here don't really care about analytics, your Harvard or Penn education, they care about football, as this is its birthplace.

I've had major question marks about this team since last summer and I have had a ton of fans climb all over me about it.  I want them to win too, but the fact is the run defense is about as horrible as can be.  Think about this  -  the running backs that are gashing the Browns at will, every week, can you name any of them really?  Yeah, me either.  And a few of the teams that have, have NO real interest in running the ball at all, until we show up!  Then they have to, because it's just too darn easy.  Tampa is one of those teams this week, we will see what they do.

We continue to make a remarkable amount of terrible in game decisions by Stefansky, (From Penn of the Ivy League) and his sheer football arrogance is shocking.  We also don't like using our new kicker for some reason when points are there for the taking.  Then when we do, the special teams are anything but special, maybe the leagues worst.  The games first drive always looks great then reality sets in.

For the second week in a row this was a scrimmage against us.  A far better built team doing pretty much anything they wanted.  Although, because of the Buffalo weather, it took the Bills a quarter to warm up.  And being fair, it's not ALL the Browns players fault. The front office Ivy League Browns have simply drafted, chosen, signed and kept many of the wrong players. The Browns have a long road ahead of them this year and in the off season.

What happens right now is this. The first quarter the Browns are very competitive. Then as their small defensive players start to get winded, the bigger men on the opposition just go to work and wear them down. Big men, running over little men in a football sense and we can't stop them, the run, or anything.  While they snicker, it's a shame.

In the off season I was hearing all these sports "experts" telling us the Browns defense was the best we've had in 20 years.  I had no idea what they were seeing then and I certainly don't now.  On the local level many still think this is fixable, it's not until next year and the front office wakes up to the fact that football is first a physical game as well as a cerebral one.

This is an example of off season arrogance really catching up to us.  NFL teams understand that winning is a week to week thing. The really good teams understand that winning is also a thing that's earned that day, by what you do that day, that play.  Thinking you were so good that just one more player would make you elite wasn't clear thinking by supposedly smart people.