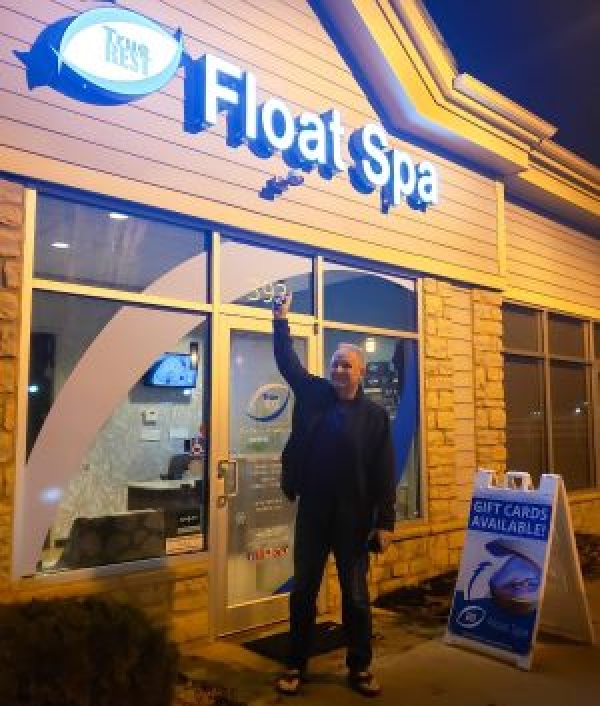 Over the weekend, drove down to Columbus to see a Blue Jackets game on Saturday afternoon!  It was a blast, even though we lost. But what we did later was just as fun. We went to a place called  True Rest Float Spa

Windy found this Groupon deal to go "floating."  I had never heard of it, and niether one of us had ever done it before, so we decided we were in!  It was a very cool experience.  It is, what it says it is.  You get into a pod, (private) and effortlessly float in about a foot of water. It's so incredible, I would love to do it again. The water is heavily salted, and it makes you float like magic. It was invented in the 1950's and has a bunch of great benefits for you.

There are few times in life you are suspended with absolutley no pressure on your body, and this is one of them.  You shower first, get in the pod, pull the cover over you, and float while some kind of Zen music plays softly and relaxes you along with very gentle dim lights that take the stress away.  It's a very cool experience. Our session was an hour, and being honest that was sufficient for my first time.  Then you shower again to get the salt water off of you and then you are done.

I know, it looks a little strange, but it is really a cool thing to do! 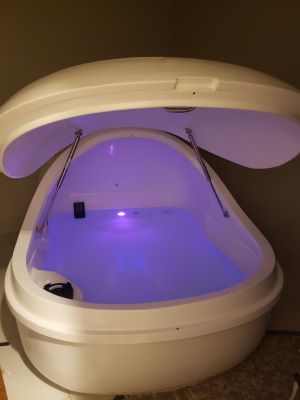 You feel incredible afterwards and it is totally worth doing.  If you, or if you know someone who likes pampering, massage, or the like, this is a real treat and would make an amazing gift to give them. It's also very original!

I'm so glad we did this, I recommend it highly.

More in this category: « COOL JOBS - Meet Nate The Great! EATING! Schmidt's - What A Place! »
back to top