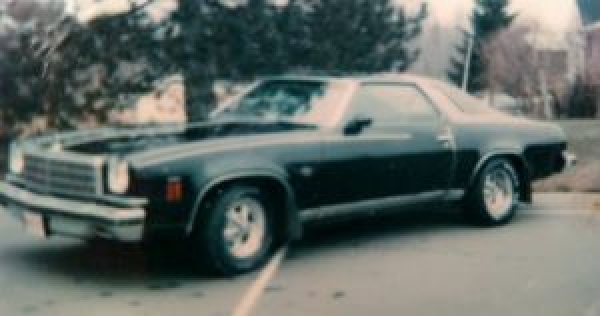 I was going through some things over the weekend, and I across a scrapbook that I'm glad I did.  It was from high school and before, and this picture jumped out at me. My first real car.  It was not my first, but you know what I mean. My first car was a 1970 Chevelle Malibu that was old and in really rough shape. Probably shounds a lot like yours..

THIS was my first real car.   A 1974 Chevelle Malibu Classic 2-door, that I bought from a dealer that no longer exists.  He was our next door neighbor when I was in high school.  I designed this car as it sits in this pic!  It was in rough shape when I first saw it, as it was about 5 years old worn, and faded.  But the bones were good, it ran great and had a big engine in it. It was plenty quiet as it ran, but it was very fast!  So, I had it painted, the mag wheels installed, with raised white letter tires. I had them install airshocks (Google them), and a CB radio. They replaced the carpet, and shampood the interior.  All of it costing me every dime I had as I worked part time at Hospitality Inns  (Google them too)

My friend Bill installed a huge sound system, and he pinstriped it.  I was so proud of that car as I drove it to high school, (but not in the winter).  Bill had a 1974 Monte Carlo, my friend Don (Beef) had a 1974 Oldsmobile Cutlass Supreme, and our friend Joe had a 1974 Pontiac Formula Firebird.  WE parked them next to each other in school. We loved those cars then.  We all worked on each others cars too to keep them going, and looking great.  Fantastic memories!

I had to wait about a month to get it from the dealer as the work was being done, and it was the longest month of my life.  And on the day I got it, it was in the front showroom of a BUICK dealership.  They were that proud of the work they had done on it.  And as I drove it away, I wondered how I was EVER going to pay $75 a month for 18 months to pay it off!  That was it!

I should have kept that car.   But we have all owned a car we can say that about.

More in this category: « LOCAL - A Real Rail Tale! LOCAL CHARITY - Bowl Of Chili? »
back to top