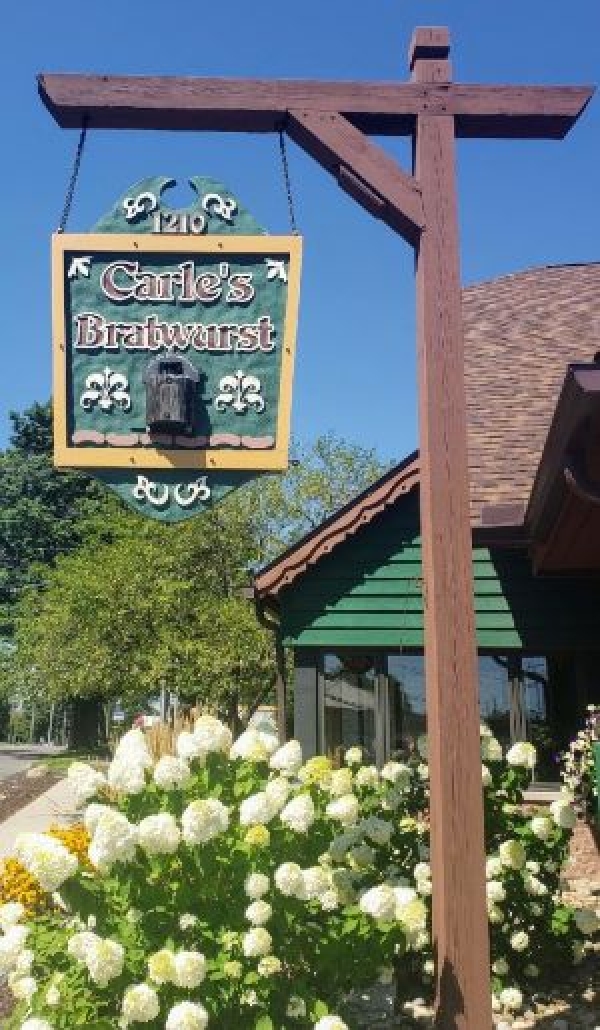 The Beautiful Windy and I took a short weekend away to a very remote bed and breakfast in Bucyrus, Ohio over the weekend.  We learned so much.  First, where it actually was, as it is about 40 minutes west of Mansfield on Route 30. (Yes the same Route 30 that runs through Canton and Wooster) And second, it is the Bratwurst capital of the world.  Is that actually FACT?  I don't know, and don't care.

But there is this - in 1970, Sheboygan, Wisconsin battled Bucyrus for the title, so you know it's good.  They also have the Bratwurst Festival there.  There is plenty of bratwurst and so is Carle's Bratwurst and it is delicious! They say they have "The Best Wurst"   It's family owned and they make everything, and have for almost 100 years!

It's a small German-style grocery of sorts with a walk-up counter and a case full of hot dishes ready to be eaten. The bratwurst was incredible as was the Waldo Sandwich. And the German potato salad was easily the best I have ever had. They also offered you Rye Buns.  And these were real rye buns, dark dough, they were amazing.  Windy had the Bratwurst Sandwich on rye, and I had the Waldo Sandwich., also on rye.  That was a huge thick piece of fried bologna with your choice of toppings.  We split and shared.  How good is this place? It's been there since 1929!!! 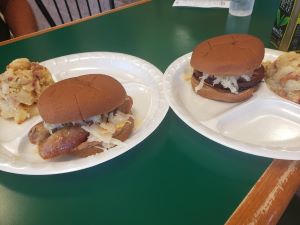 This is a no nonsense place. You walk in, you order and you eat.  The food was very, very good.  And how many places can you get your picture taken with this guy? 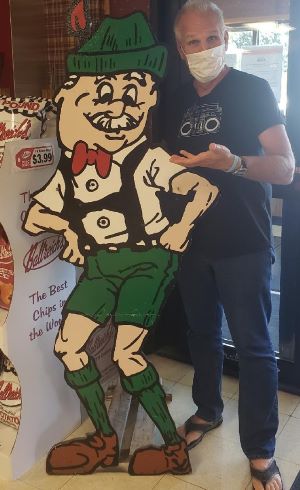 Had to do it.  If I was a local,  I would eat there daily I think.  We both love places that serve the real thing, and Carle's Bratwurst is the real thing.