New Music From Russell Dickerson: God Gave Me A Girl 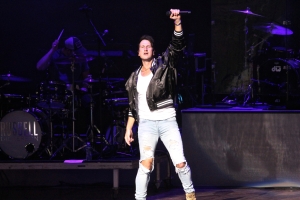 Russell Dickerson has sent his next single to country radio, it's called "God Gave Me A Girl", the second single from his self-titled album. The new song is about a guy who didn't care about falling in love until "the one" came into his life, and she changed his mind.

New Music From Tyler Hubbard: Dancing In The Country 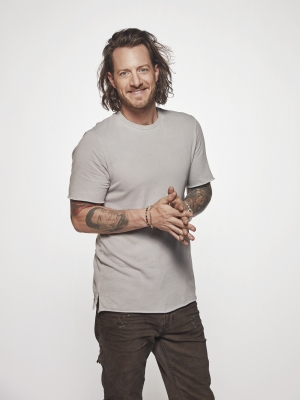 Tyler Hubbard just made his solo Grand Ole Opry debut, then earned his first solo #1 single, and announced that he will be releasing his self-titled debut solo album in January!

Tyler has now sent his next single to radio! It's called "Dancing In The Country" and you'll definitely be up and moving for this one! This upbeat song has Tyler throwing a dance party in the country and having a good time! The song was co-written by Tyler, Keith Urban, Jon Nite and Ross Copperman.

New Music From Kelsea Ballerini: If You Go Down (I'm Goin' Down Too) 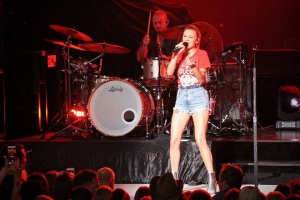 Kelsea Ballerini has released her next single to radio from her latest album Subject To Change. "If You Go Down (I'm Going Down Too)" was co-written by Kelsea, Julian Bunetta, and Shane McAnally. You can't help but think of a Thelma & Louise type friendship when you hear the lyrics to this bluegrass inspired song! 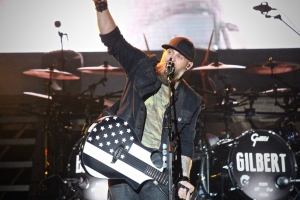 Brantley Gilbert released his new album So Help Me God and the lead single "Heaven By Then" with Blake Shelton featuring Vince Gill. Co-written with Brock Berryhill, Michael Hardy, Jake Mitchell, Randy Montana, Hunger Phelps and Taylor Phillips, the song highlights a way of life that can often feel like it’s disappearing, as the pace of everyday life continues to speed up.

“We were on a writing retreat in Texas that we do every year, and everybody was out on the porch. I don’t remember who threw a word in here or there and who didn’t, so, we ended up with a bunch of writers on ‘Heaven By Then,’” Brantley said in a press release. “And I love songs like that. It came out of a conversation. A guitar ended up in HARDY’s lap, which is usually a good sign that it’s about to turn into something special. I think we all knew that as it was being written. It came to life that night.”

“To have Blake Shelton and Vince Gill on the song meant so much to me. Those two brought so much to the table and gave it a voice I didn’t have. We were all in separate places when we recorded, but it was a cool way for everyone to put their spin on it. They just did what felt natural and sonically you hear that."

New Music From Morgan Wallen: Thought You Should Know 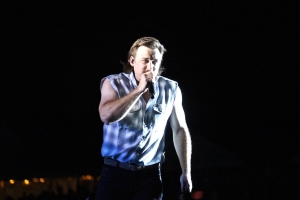 Morgan Wallen announced that his next radio single will be "Thought You Should Know" which follows up his three week #1 "You Proof". The deeply personal ballad was co-written by Morgan, Miranda Lambert, and songwriter Nicole Galyon, and is dedicated to his mother, Lesli. The song is a thank you letter to her for all the love, care, and prayers over the years. 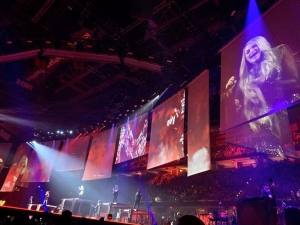 Carrie Underwood just released another single to radio, this one is called "Hate My Heart". This is her second single from her latest project Denim & Rhinestones. Carrie co-wrote the new song with HARDY and songwriters Hillary Lindsey and David Garcia, and is about trying to get over a break up where in her head she is over him, but her heart is not.

New Music From Mitchell Tenpenny: We Got History 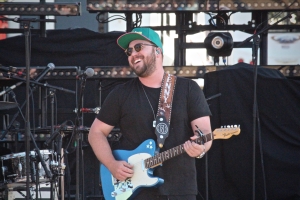 Mitchell Tenpenny just earned two #1 singles with his song "Truth About You" and his song with Chris Young "At The End of A Bar", plus he just released his new album 'This Is The Heavy' a little over a month ago. Today, he released his next single to radio, it's called "We Got History".

Mitchell says the song is about that person that you're not hung up on, but you don't have bad feelings for them either and you think about them from time to time. You've moved on, in a new relationship, but from time to time they still come back in a memory. There is no future but there is history, and there will be those flashbacks. 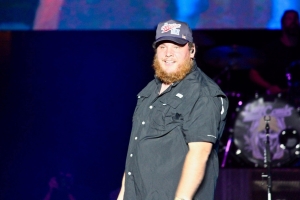 Luke Combs just scored is 14th consecutive #1 single with "The Kind Of Love We Make" and the other day he announced what is next single would be!

Excited to let y’all know “Going, Going, Gone” will be my next single on country radio! pic.twitter.com/EPfz2V2OYA

"Going, Going, Gone" was co-written by Luke, Ray Fulcher, and James McNair, and is his third single from his album Growin' Up. The ballad is a different take on a heart-break song, it's about to happen, the girl he is singing about is going to disappear and there is no way to stop her. The relationship just isn't meant to be and he knows it.

New Music From Justin Moore & Priscilla Block: You, Me, & Whiskey 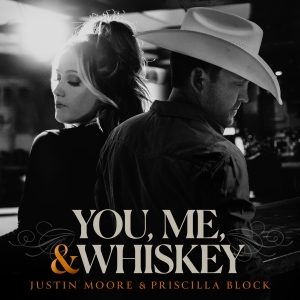 Justin Moore has released the follow up to his 11th #1 single "With A Woman You Love" and this one is a duet with Priscilla Block! Justin says "You, Me, And Whiskey" is a really cool song and a unique way to tell a story that’s been told before. It’s kind of in the same mold as some of the love songs he's done in the past where it’s not sappy, but it is a little romantic, but it’s still got a bit of a tougher side to it.

About working with Priscilla Block on this song, Justin said, "Priscilla was the first one I thought about because we had just played a show together, and I thought man, she would knock this out of the park, and she did. She did, I knew she would do fantastic, but she exceeded even my expectations, so, I’m really excited about it."

Priscilla added, "I could not be more excited for this song, it’s super, super special to me. I’ve been a fan of Justin forever, and the fact he asked me to be a part of it is just mind-blowing, I’m still freaking out. I cannot wait for everyone to fall in love with it just like I did the first time I heard it." 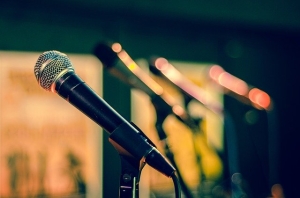 Restless Road has released their follow up to "Growing Old With You". This new song is called "Sundown Somewhere" and it's about the hope of meeting that future someone you’re meant to be with. It was co-written by Cole Swindell, Ben Hayslip, Jacob Rice, and Cole Taylor. The music video was filmed while they were on tour in Australia and New Zealand.

Restless Road will be at the Dusty Armadillo on Friday November 18th, click here for more info and to purchase tickets!