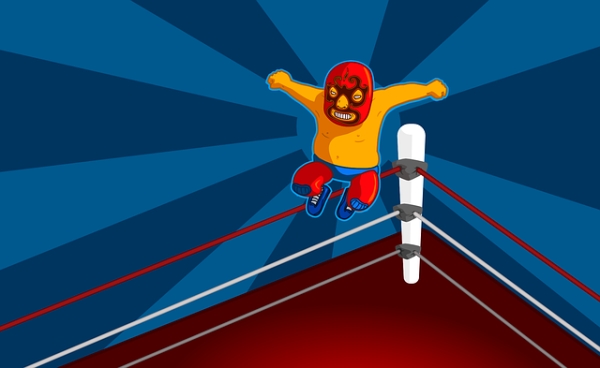 Hey y'all it's Ben... Big Wrasslin' Fan.  Figured I would hit you with:

Wrasslin' Wednesday
This week is big!  The Premium Event from Saudi Arabia happens Saturday Afternoon called "Crown Jewel" in The WWE.  There are plenty of big matches which I will list in a minute.
If you didn't know HHH is in charge now, supposedly.  There is a lot of grouping going on.  The Bloodline,  Judgement Day, Damage Control, Brawling Brute's and more...
Roman Reigns is the focal point of the Bloodline as 'The Tribal Chief'.  I feel Sammy Zayn has been taking more eyes with his role as Honorary Uce.  His making the Bloodline break character on more than one occasion on live television has been some of the best bits in years.
Bray Wyatt and the Fiends Characters are building a storyline again.  Bray just overtook The Bloodline's top merch sales numbers.  So maybe Bray is the 'Head of The Merch Table'. Just sayin!
Crown Jewel starts on Peacock this Saturday with Preshow at 11am and Event at Noon.  (My predictions in Red) which could change after Smackdown Friday Night.
Card
Roman Reigns vs. Logan Paul for the Undisputed Universal Title  (Roman Reigns wins with help)
Bianca Belair vs. Bayley in a Last Man Standing match for the RAW Women's Title  (Bayley wins and Damage Control)
The Usos (Jey and Jimmy Uso) vs. The Brawling Brutes (Ridge Holland and Butch) for the Undisputed Tag Team Titles  (Usos Retain with Sammy Zayn's help)
The O.C. (AJ Styles, Luke Gallows and Karl Anderson) vs. The Judgment Day (Finn Balor, Damian Priest, and Dominik Mysterio and Rhea Ripley)
(O.C. Win and it is because a surprise guest who neutralizes Rhea Ripley)
Brock Lesnar vs. Bobby Lashley  (Brock Lesnar Wins)
Drew McIntyre vs. Karrion Kross in a steel cage match  (Drew McIntyre Wins)
Braun Strowman vs. Omos  (Braun Strowman Wins)
Get your popcorn ready going to be an interesting Saturday or you can replay while the Browns are on the bye week Sunday.
Read 105 times
Tweet
Published in Ben McKee
Tagged under