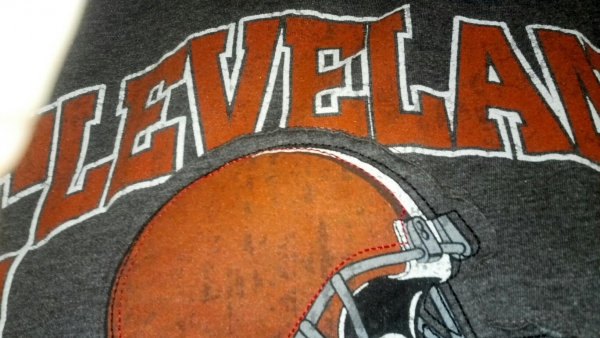 There just isn't much to say this week.  Losing at home to the Steelers (this year) is a travesty 15-10.

The Browns are mediocre.  They can't beat good teams, they barely beat bad teams, and they beat themselves as much as the opponents do.  This is a team loaded with "big names"  that seldom play big. Dropped passes at crunch time, penalties, tons of big injuries seemingly every single week.  Never seen anything like it - league wide.  Should be noted there are some players playing quite well when given the opportunity, but that's another problem all together.

This is a great example of way too much hype. All these local sports voices bragging for months on a 15-2 record or possibly better just looks completely silly now. You still have to play the games, you don't get wins by watching the heads on ESPN or NFL Network.  Sure am glad we didn't have to worry about the Steelers. This team plays with the load of a local and national media that was and is too busy wondering who we will play in the Superbowl, when we should be worried about who we play next Sunday.  I was leery about my 12-5 pick at seasons start, but I thought we could be that good, but you still have to play the games.

The officials had nothing to do with yesterday, as they were too busy screwing up the Jets/Bengals game by deciding the outcome there, and they did. (It's not just us). Plus, they did a nice job messing up the Bucs/Saints game with about 10 marginal to ridiculous calls.  The Browns just dropped passes, didn't block well and played with no passion.  And being fair, Baker Mayfield has to win a few games in the final minutes as the great ones do. If things don't change soon, we will wake up 9-8 or so, and who saw that coming? Oh yeah, and Baker won't get his 40 million a year, like the media seems to be obsessed with for some reason, he'll just have to settle for about 30 or so.

It time to play and be better.  We have to face facts, we have a lot of guys that have a big name, but not a big game.  On to Cincy to see if there will be a season to salvage.