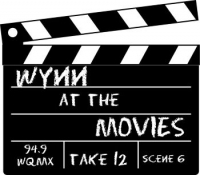 The national critics are overall not being kind to the latest WWII epic, Midway. This has been told once before in the 1976 film of the same name.  Was that a perfect picture? No. And niether is this.  But that doesn't mean it's not important, or bad.  This is pretty darn good.

There has been a ton made of the amount of CGI in this movie, and I can't understand that.  The same critics make no fuss about that when it comes to the endless array of redundant superhero movies, or repetitive animation.  My guess is, they have no real interest in the subject matter, and or, don't understand the significance of the story they are seeing.  The Battle of Midway, is the most important thing that happened in the Pacific in WWII, and is the only reason the West Coast was not invaded by the Japanese. They may not know that fact, or think it's true - but it's true!  And I'm sorry they didn't weave in some fictional love story to hold your interest. The true story is far more important.

Oh and by the way, CGI is the only way to get a new generation to watch ANY movie. It's what young movie watchers know, like and expect. The CGI quality is in the eye of the patron, and that's debatable. But overall their argument is silly and out of touch.  And I think shameful, as the subject matter is the star of this movie.  CGI is just a fact of life in action movies now.

Midway has flaws and is not perfect, but this is told in many ways like the original was.  There are long battle scenes that do work, and other behind the battle scenes that don't at times.  Better dialogue could have been written, and some better character development could have been written in.  But they do make it a point to honor those who deserve to be honored.  The effects are good, the story writes itself, and it's good to see that there are film makers that understand that there are stories that are worth re-telling because of thier importance.  I would far prefer to see this retold as opposed to the 12th Terminator, or some other fictional series that has run its course.

This is very entertaining, and worth seeing.