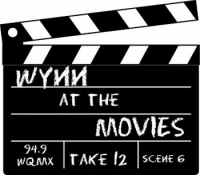 This may be the biggest weekend at the movies in a long time, as far as new movies are concerned.  Thanksgiving week.

A Beautiful Day In The Neighborhood

Tom Hanks.  Thanksgiving weekend. A fully immersable role.  PG-13.  This movie about Fred Rogers (Mr. Rogers) is on the list of "mandatory going."  You almost have to go, like it's a city ordinance of something.  With all due respect to the incredible Hanks, I think many of us have been patiently waiting to see him in a role like this again.  Nothing wrong with Toy Story 12, or lots of other recent flicks, this is what Hanks does best.  Hanks diving deeply into a character we care about like Mr. Rogers.  He should be terrific.

Here's to hoping that they give him a great script to work with, and care about good movie making as much as Fred Rogers cared about making good television.

Here we go again.  This of course will be a big hit, but this time around, they will be wearing the collar of hype and expectation.

Fictional police drama that has a great cast, and a very intense premise, that deals with numerous cops killed.  This looks really good, and I hope it is.  Hopefully this will not get lost in the cyclone of Mr. Rogers and Elsa.

If they get lucky, this could be a big sleeper hit.