WYNN - Brooks And Dunn - Not A Concert, An Event! 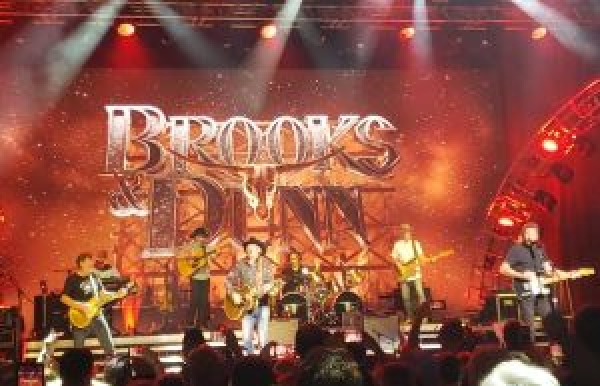 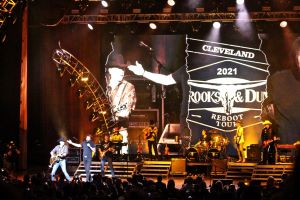 (Photo cred - To the Amazing Justina Bucceri) Thank YOU!

Friday, Blossom didn't just host a concert, it was an event. Brooks And Dunn came back to town for the first time in many years. And 30 years after their introduction to the Country Charts with their incredible debut song, Brand New Man.  Since "disbanding" in 2010, Brooks and Dunn went their separate ways, and each launched solo careers that had some success, but not a lot. Kix Brooks hosts a weekly countdown show, and they have done Vegas at various times with various people.

But this is what has turned out to be true. They should be together, they are better together and we are lucky for it. I really don't care if they do another album or release new music. If so..fine.  If not, I will gladly go and see them in concert again.  This show was something special.

It was an event. When you see a band play that has been together this long, it's special, it's different, it's incredible and it's more than just a show.  You get to see how the real pros do it, and that is rare  -  darn rare. Taking nothing away from any other act as concerts are always fun and have their moments of greatness, this is the another level.  Like the Eagles, or Garth, or The Doobie Brothers, and even more recently Darius Rucker,  it's just fun to see the cream rise to the top, and see these stars still on top of their games.

I was not going to miss this chance, as I didn't miss Garth a couple of times over the past few years. There is just something different when artists like this take the stage.  Brooks And Dunn basically invented, and still embody the idea of country as a lifestyle and not just a love of music.

Just learning about Brooks And Dunn or a long time fan?  Want to learn more about them after seeing the show?  Read my article about them. HERE 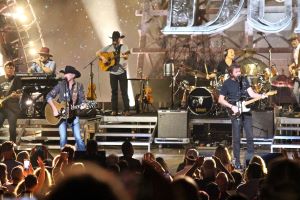