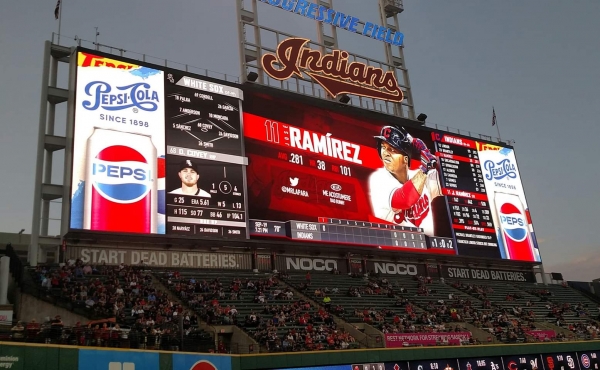 I think we all had reservations about how this Tribe season would go, both from a baseball stand point and a life stand point too.  But even though the season is shortened, late season, and post season baseball is still incredible to watch.

Three times this week, the Tribe had walk off wins in meaningful games and the area is a abuzz about it.  Now today, we can all catch our breath and get ready for the post season that starts tomorrow.  This only happens with a MLB team in town.  The every-day-ness of it is the key. Even if it's only 60 games this year, I'm bummed we aren't playing today!  And man, do we need a nice distraction.  I find when I'm watching the Tribe these days, it's all I can think about, and I think we all need that.

I know there were a bunch of social media experts out there that were poo-pooing the whole Clevinger  (BTW he's hurt again)  trade thing, and there were calls to cut Zac Plesac (BTW he's pitching incredibly well) after his really bad decision making earlier in the year.  I really wish "fans"  would quit whining about the ownership, and management with the Tribe.  This franchise has proven to us all, that it can be done, and compete with anyone even the teams with the huge money.  Then the 8 game losing streak didn't look good, and Manager Terry Francona being out most of the year was a drag as well. And sports radio experts were writing us off.  Take off your blinders, and stop the go-to old and tired complaining about Cleveland "poor me routine"

This season as reminded me of a few things that are really good to remember.  One, baseball is the greatest game in the world.  Two, the Tribe may be the best run organization in all of MLB. They have no real money in a small market, and somehow, we have won more games than any other team in the American League since 2013.  We are in the playoffs again, we will have the Cy Young winner yet again (Shane Bieber) , and more than likely the MVP (Jose Ramirez).  And three, our lives, our passion, and our desire to have a good life, no matter what is in front of us, is more powerful than the things or people that try to weigh us down.

There is no doubt we all would rather be at these games than not, but right now - not possible.  And sure, MLB has it's problems off the field, and that ticks me and everyone off.  But when you're in a race to win the World Series, it all fades and we can sit back, and enjoy this amazing ride.

More in this category: « WYNN - Wynn At The Movies And Info WYNN - Wilson Plumbing And Heating! »
back to top