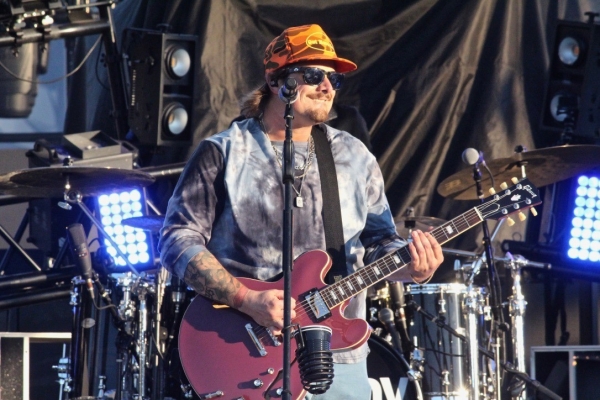 The wait is finally over, HARDY dropped his new album 'the mockingbird & THE CROW' at midnight today! The new album which is half country and half rock, already has two singles that are climbing up two different charts. You've heard "wait in the truck" featuring Lainey Wilson on 94.9 WQMX and his single "JACK" has been played on our sister station 107.3 Alternative Cleveland! We're not kidding when we say we are HUGE supporters of HARDY!

When HARDY first announced that he would be releasing his sophomore album, he also previewed "here lies country music", "TRUCK BED", the title track "the mockingbird & THE CROW". Those songs definitely left fans, including myself, really wanting to hear the rest of this album. The titles stylized with lowercase titles for the country side, and all caps for the rock side so you know which is which, but it really doesn't matter. All the songs showcase his brilliant song writing and each song recorded with passion in the vocals as only HARDY could to tell the stories in each song.

As a fan, I love every song on this album, but I couldn't wait to hear "happy". When Sarah Kay asked HARDY which of the songs off of the album was his favorite, that was the one. All of the songs on the album were co-written by HARDY, except that one, that one was all him. It's a song that personifies the word 'happy', the lyrics turn 'happy' into a person and it is so good! Take a listen below and make sure to add "the mockingbird & THE CROW" to your collection!

More in this category: « Kane Brown's Good Idea Next From Thomas Rhett: Angels (Don't Always Have Wings) »
back to top