Garth Changed And Changes Everything! 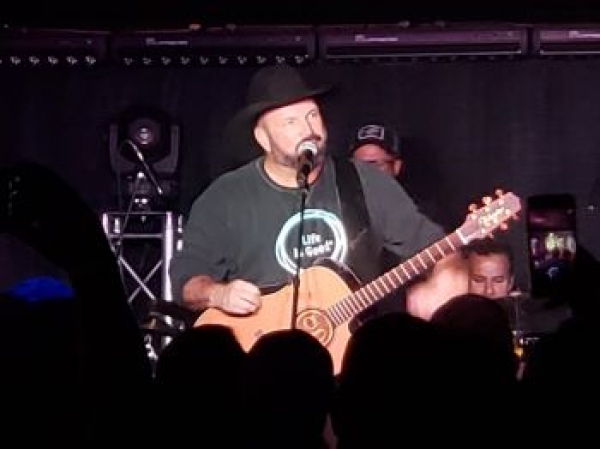 Now that Garth has come and gone, and the dust has settled at the Dusty Armadillo we can resume our lives. What a show! The crowd was huge and so was the show.  It's always funny to hear Garth make fun of himself on stage, and joke about how half the crowd wasn't born yet when he hit the scene.  It's sort of true, but still funny.  But what is true, is what Garth did when he led the charge, with the big movement of 1989.  When Country turned a huge corner.

Alan Jackson, Clint Black, Joe Diffe, Tracy Lawrence, Garth and many others were etching on a new canvas in country around that time.  A wave of change began a few years before that with the emergence of Dwight Yoakum, and Randy Travis to a more traditional sound again, that had been jump started by George Strait, Hank Jr., and Ricky Skaggs a few years earlier still.  We were looking for a new direction after the Urban Cowboy craze mercifully burned out.

All of the above stars were incredibly important for the siesmic shift in the music.  But Garth brought us  -  the country stage show.  A way of performing country, in a way not done before. Big production, high energy, and very powerful.  His deep connection to the crowd, and the passion of performing songs that had been good to him on stage as if he was singing, and playing them for the very first time and not the 1001st  time. Lights, camera, action.  Making YOU the star of the show, making YOU feel that YOU were the reason he was there that night, on the radio, and and on TV.  And of course -  he was, and is right, as his shows still boast that very same feel. 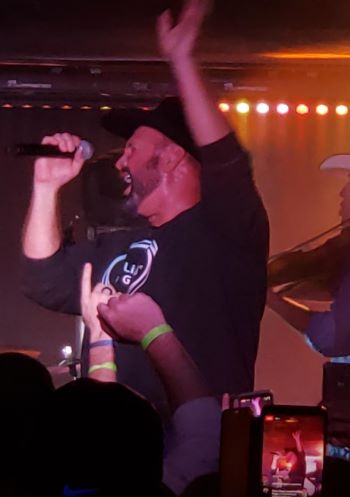 Until then by and large, the artists came out on stage, and sang their songs, talked some, introduced the band, and made a few jokes.  There was nothing wrong with any of that, it's what we knew.  We had already shed the boufont hair, long dresses, rhinestone suits, and badly dyed coifs.  But but we were transitioning, and we needed the one to take the chance. Many were standing on the cliff looking down at the water below, but Garth was the guy that took the chance   -  and jumped off.   He even "retired" for many years and came back like he never left. Who can do that in any field?

Besides the great songs and music he made, he makes Country something more than music.  He makes it a way of life.  He created a lifestyle format that many still follow today.  There were others that also did it, but Garth did it larger.  We should all be thankful that the world's largest recording artist is in our format. And that show at the Dusty?  To hear it, you would have thought it was a stadium show.

Garth changed -  and still changes everything.

More in this category: « We Go Way Back! Browns - It's Leadership! »
back to top